Login and narrow your search. If you have fewer than 200 results, you can save your search.

Fletcher was first settled in 1795 when Samuel Murray decided to move his family to the mountains of western North Carolina.

His family made the difficult journey from South Carolina up the old Howard Gap Road which in areas was little more than an old Indian trail.  Samuel decided he wanted to live just east of the location where Howard Gap Road ended which is very close to where Fletcher Community Park is located today.  In 1827, Samuel’s son opened the first post office in the Limestone District and the area became known as Murrayville.

The Town of Fletcher, which was incorporated in 1989, is located in Henderson County, North Carolina approximately 13 miles south of Asheville. Fletcher consists of primarily level and at times hilly terrain, which is dominated by Cane Creek and French Broad River and their tributaries.

Several major roadways provide easy access to Fletcher. US Highway 25 runs north-south through the center of the Town and is the main thoroughfare for residents. Interstate 26 is located to the west and travels through North Carolina to Tennessee and South Carolina. State Route 280 enters the Fletcher from the west, and then turns to the north. The Asheville Regional Airport, located just west of Town, provides convenient non-stop service to many cities. Apple County Transit, an area bus line, connects Fletcher residents with the City of Hendersonville.

Fletcher is located in the Blue Ridge Mountains of Western North Carolina.  It lies between Asheville and Hendersonville in the northern portion of Henderson County.

The Fletcher Parks and Recreation Department is dedicated to enhancing the quality of life for the residents of Fletcher by providing positive leisure activities and well maintained parks and facilities. Fletcher strives to provide experiences that create connections between people and generate opportunities for members of our community to come together.

Own a true mountain getaway in the heart of the Asheville area. This 200+ acre farm has it all. Idyllic long & short-range mountain views, ultra-private setting, varied & mature woodlands, an orchard, a stocked pond, springs, trails, level/gentle land, and ridgelines. It gets even better with easy access & nearby amenities. Only 5 miles to the Asheville Regional Airport & 2 miles to Fletcher & South Asheville with its acclaimed healthcare, shopping, and restaurants. Ideal farm, estate, family compound, event center, or any type of camp. Flynn Branch Farm is so private it almost feels like you are in a national forest. Several other private homesite options with mountain views. There is also a 2009 home that is move-in ready with great finishes & a huge screened porch addition on the back. Live here or use it as a guest house after building your dream home. This is a one-of-a-kind property you must see for yourself. Listing agent to accompany. Property is gated, no drive-by access.

Listed by Billy Taylor and Clary McCall of Beverly-Hanks, South

Own a true mountain getaway in the heart of the Asheville area. This 200+ acre farm has it all. Idyllic long & short-range mountain views, ultra-private setting, varied & mature woodlands, an orchard, a stocked pond, springs, trails, level/gentle land, and ridgelines. It gets even better with easy access & nearby amenities. Only 5 miles to the Asheville Regional Airport & 2 miles to Fletcher & South Asheville with its acclaimed healthcare, shopping, and restaurants. Ideal farm, estate, family compound, event center, or any type of camp. Flynn Branch Farm is so private it almost feels like you are in a national forest. Several other private homesite options with mountain views. There is also a 2009 home that is move-in ready with great finishes & a huge screened porch addition on the back. Live here or use it as a guest house after building your dream home. This is a one-of-a-kind property you must see for yourself. Listing agent to accompany. Property is gated, no drive-by access.

Listed by Billy Taylor and Clary McCall of Beverly-Hanks, South

The location, the style, the feeling you get when you walk through the door - every aspect of your home should be a reflection of who you are, where you've been, and the life you aspire to live. This is such a home. Situated on over 10 acres in the desirable Cane Creek Valley, this thoughtfully planned and masterfully crafted residence includes a main home, an apartment over top of the detached, two-car garage, and a day office with full bath residing over the barn. Time-honored architecture coalesces with modern amenities to create this unique and sophisticated estate with captivating details such as shiplap walls, hand-scraped hardwood floors, industrial chic lighting fixtures, and even a home brewery. Outside, the fire pit, hot tub, and fenced pasture is privy to the sight and sound of Cane Creek and presided over by the panoramic surrounding mountains. Convenience is tantamount to privacy as this inspiring residence is less than 15 miles to downtown Asheville.

Rare opportunity in beautiful Cane Creek Valley only 20 minutes to Downtown, South Asheville, and the airport. Well-designed and maintained land and home accommodates today's lifestyle with gentle topography, a comfortable floor plan, generous room sizes, high-end appointments, and a truly peaceful setting. Sited on 20 private acres the home backs up to woodlands and with some clearing could have year-round mountain views. You'll feel like you are always on vacation with access to a bubbling creek, a wooded trail system, and a dedicated community space. Truly designed with family and entertaining in mind the kitchen is definitely the heart of this home tucked between the formal living/dining and a sunny breakfast area. This space is adorned with a three-sided, floor-to-ceiling stone fireplace. Large Ipe wood deck is perfect for your summer parties. Main level master suite. Lower level offers rec/family room, guest suite, an office, and a bonus room. Level yard for gardening and play.

Idyllic and luxurious mountain style home in a pastoral Cane Creek Valley setting. 4-acres with peaceful end of the road privacy. The fresh air and outdoor opportunities make this coveted lifestyle difficult to resist. Plus, you are just minutes to the Asheville airport, shopping, healthcare, and more. Custom built and adorned with craftsman inspired touches throughout like stacked stone fireplaces, exposed post and beam vaulted ceilings, leathered granite counters, and much more. The abundant windows and doors provide a magical display of the ever-changing and vibrant flora and fauna surrounding you. Perfect for entertaining with an open and comfortable floor plan on both levels. Generous main level master with an unbelievable walk-in closet and stunning master bath with a walk-through tile shower. Terrace level hosts a gathering space and game area with an entertainment kitchen, guest suites, a craft room, and a large wine cellar. Triple garage. Bonus guest suite over the garage too. 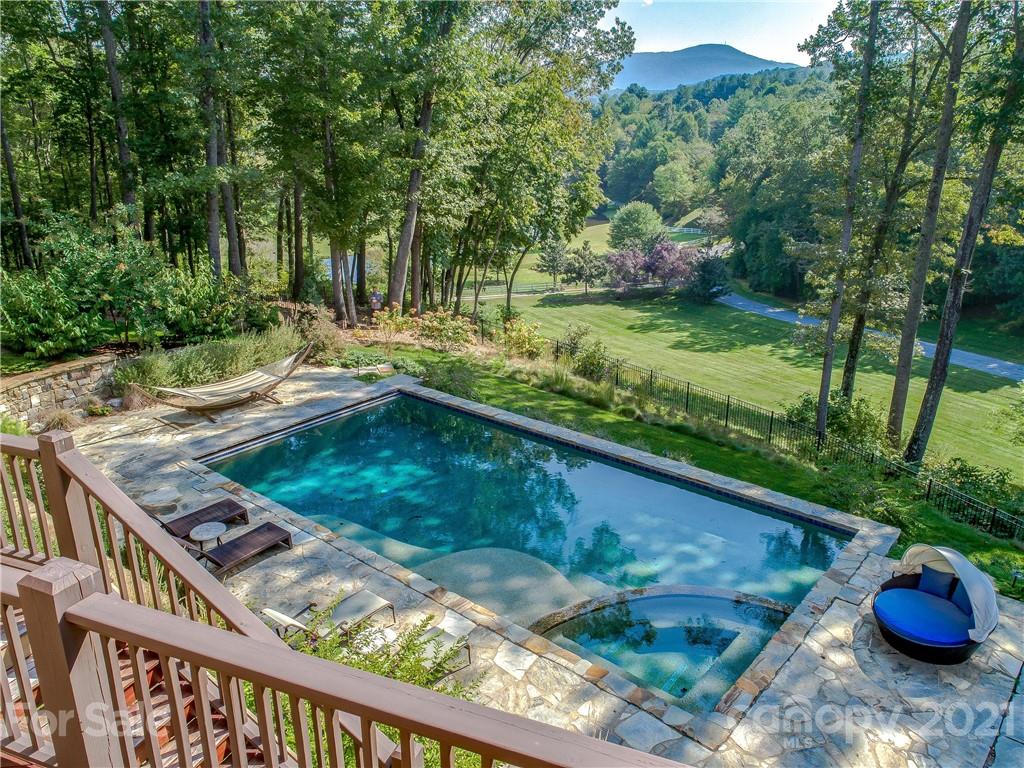 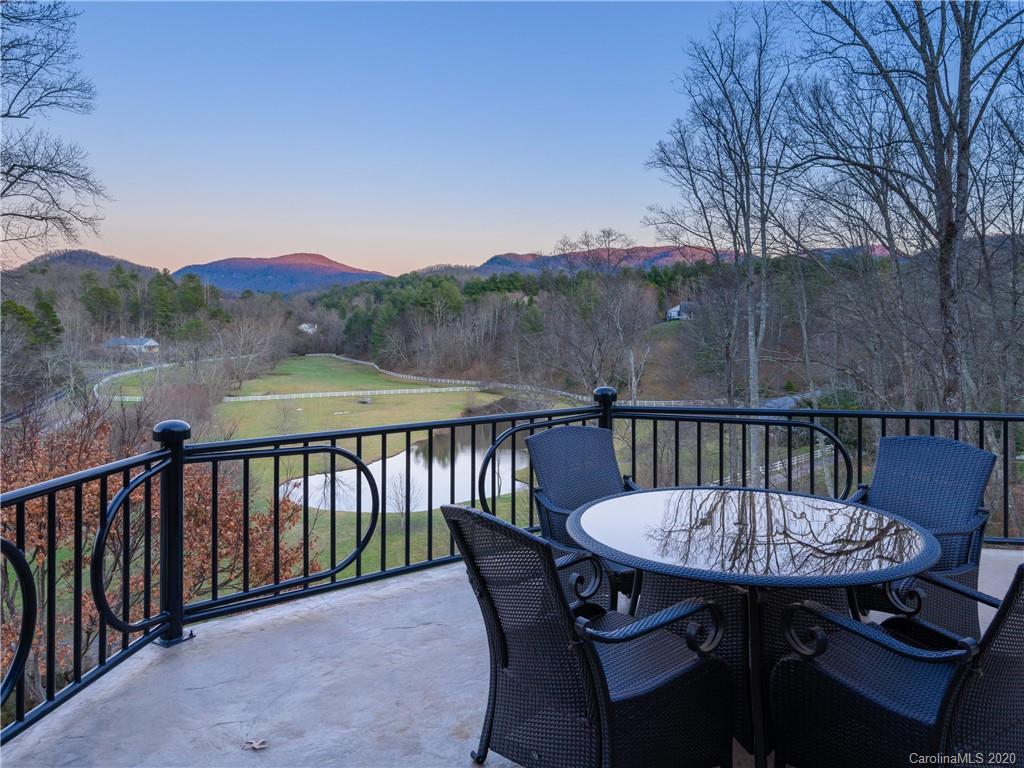 Cane Creek Valley country estate poised on 9.87 acres offers long-range views and just 20 minutes to downtown Asheville. Ample space for everyone with 5 bedrooms, 4.5 baths, 2 master suites, great room, family room and finishes that range from granite countertops, cherry cabinets, farm sink to hickory floors and quality crown molding. Plantation shutters, wine room and three fireplaces are some of the additional finishes that make this home a must see. The back patio displays a kidney-shaped pool with outdoor kitchen area and fire pit for gatherings on warm days. Take up a friendly football game in the pasture around the pond or cast a line in your own private fishing spot. 2-bedroom Guest house with custom built bunk beds offering space for everyone to come and enjoy this tranquil setting.

Majestically sited over three meticulously groomed acres, this living masterpiece is located in the luxury community of Ashbrook Farms in Cane Creek Valley. From the exquisite detailing and quiet elegance to the spectacular outdoor living areas that allow the outdoors to come in, this residence is truly the perfect blend of Town and Country. High ceilings, spacious, open floor plan and a bold sense of style incorporate a rare sense of casual elegance. The main level Master wing features a spa-like bath with soaking tub and a magnificent walk-in closet while the dining and hearth room feature shiplap walls that accent the multiple fireplaces. The masterfully crafted kitchen features stunning granite and walnut counters, farmhouse sink, and 6-burner gas stove with an adjacent, incredible butler's pantry. Other features include a side entry mudroom with brick floors and built-ins and a three-car "showcase" garage finished with epoxy floors. Located just 15 miles to Downtown Asheville. 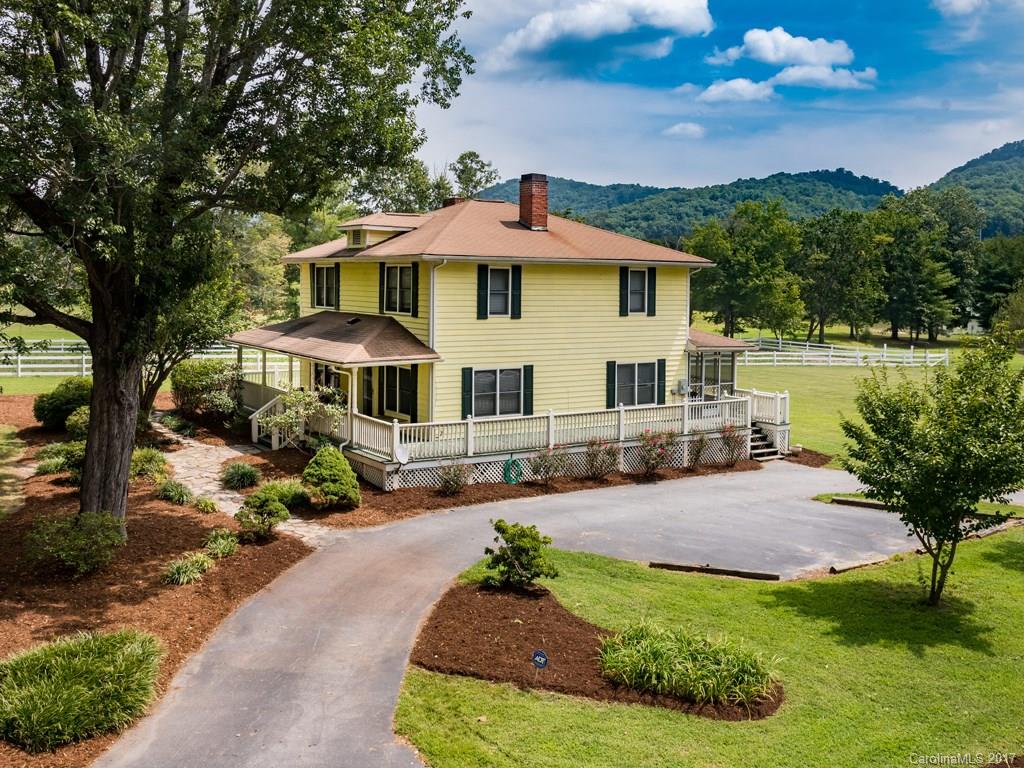 By appointment only. No drive-bys. Have you always wanted to live in Cane Creek Valley with pastoral, pristine, long range southerly views! This is the most sought after location for its beauty, its convenience to Asheville in 12 minutes and everything S. Asheville or Fairview in 10 minutes. 3 homes included that have year around views from the trees surrounding the homes overlooking views of the meadow and mountains surrounding them. This historic farm can be accessed from 2 roads with awesome road frontage. One well for all the homes but each home has its own septic system. Time to embrace the farming culture, sustainable living or develop the property to whatever is your passion with the open use zoning. This is a rare opportunity that you do not want to pass up. Please call listing agent for details or an appointment to show.

Save FavoriteSchedule A VisitAsk A QuestionMore Details

There is just so much to imagine about this property. The brick house is rented to a long time family member for 500/month. The doublewide belongs to the tenant and is not included in the sale. He pays lot rent of 250/month. The white farm house pays 500/month and triple wide is occupied by the seller. All tenants on a month to month agreement. This property would make a great family compound with rentals already in place or make a great property for making an event center or retreat. Open pasture and open land could be developed with spectacular views and a great location with road frontage on Concord, Gravely Branch and access from Cane Creek. This is a rare opportunity to purchase one of the only remaining farms that has been in the family for 4 generations in the Cane Creek Valley. The possibilities are endless and the views breathtaking. Call listing agent for details.

Save FavoriteSchedule A VisitAsk A QuestionMore Details

© 2020 by the Canopy Multiple Listing Service. This information is believed to be accurate but is not guaranteed. Subject to verification by all parties. This data is copyrighted and may not be transmitted, retransmitted, copied, framed, repurposed, or altered in any way for any other site, individual and/or purpose without the express written permission of the Canopy Multiple Listing Service. Information Deemed Reliable But Not Guaranteed. Any use of search facilities of data on this site, other than a consumer looking to purchase real estate, is prohibited. 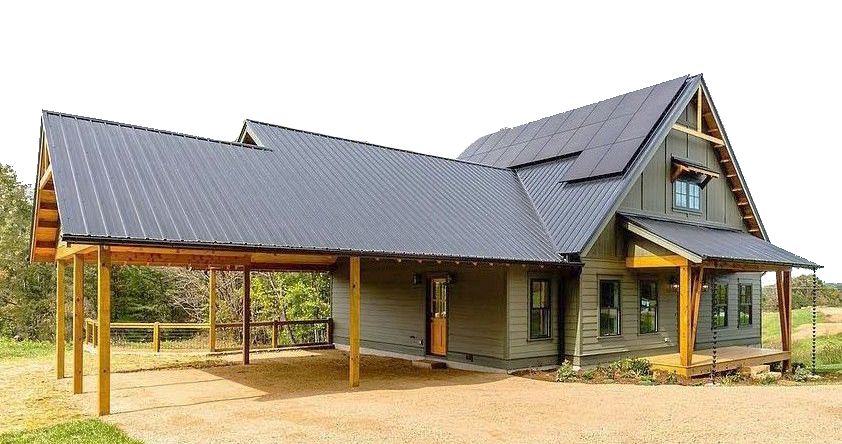